The exhibition Beyond Printed Matter brought together artworks that have a relation to printmaking in a manner that is more spatial than technical in nature. Many of the works were large gestures that fitted well in the monumental exhibition space of Willem Twee.

I realised two works on location, 'Groundwork' and 'Without and Within'. 'Groundwork' is a mural measuring 2,5 x 5,5 meters, made by applying layers of glue, dust and soil directly on the wall. I constructed the mural from smaller rectangles and squares. These serve as building blocks and at the same time as frames that put the soil and dust on display. In the process of applying materials to the wall, I engraved notes, words and scribbles into the murals. Most of the recognisable text is mirrored, to suggest a visual orientation towards an elsewhere, a space that is not the space of the viewer.

'Without and Within' is a piece made of hand coloured bubble wrap, applied to two of the windows of the space, each roughly 3 x 1 meter.

Furthermore, I showed two new charcoal screenprints from the series 'Seeping Pavements', using a technique that I developed during my residency at Frans Masereel Centrum in 2021. Instead of using ink to print the screen, I build the image in many layers with charcoal powder. The result is a think, velvet-like black. When the print is ready I engrave it with text using a Dremel. The text captures a moment of standstill I experienced when a train I was in had to make an emergency break when a train in front of us had hit an animal. 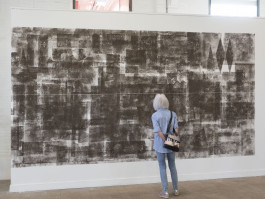 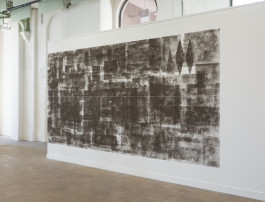 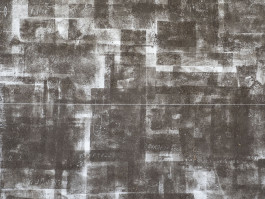 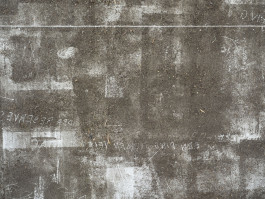 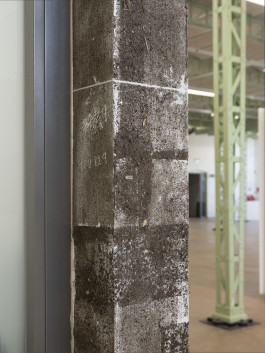 Without and Within
2022
Marker pen on bubble wrap, mounted on windows
each 3 x 1 m 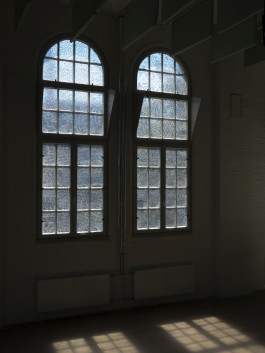 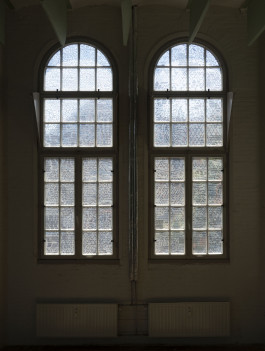 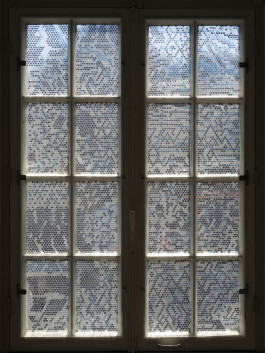 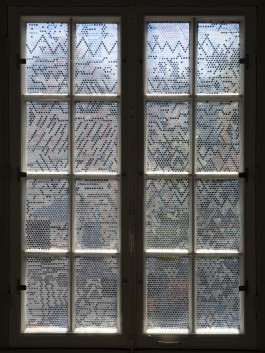 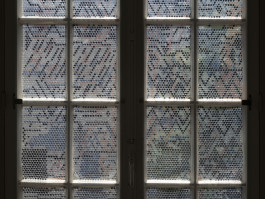 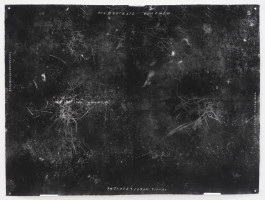 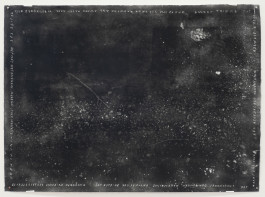 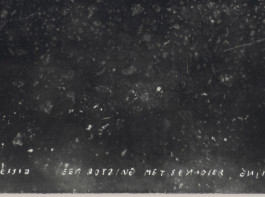