'Groundwork' currently consists of two murals, made using soil, studio dust and glue. The materials are applied directly to the wall. The work started as an attempt to translate my series of prints of 'seeping pavements' into a larger gesture. Because that work was a very particular response to a working period in Belgium, I sought a way to move beyond the literal images of these pavements. I developed an approach in which I constructed an image using smaller rectangles and squares. These serve as building blocks and at the same time as frames that put the soil and dust on display. In the process of applying materials to the wall, I engraved notes, words and scribbles into the murals. Most of the recognisable text is mirrored, to suggest a visual orientation towards an elsewhere, a space that is not the space of the viewer. 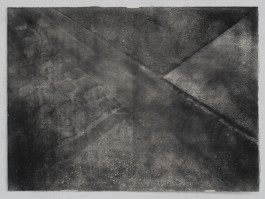 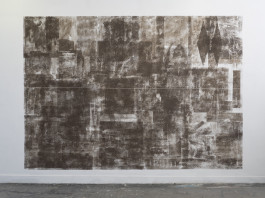 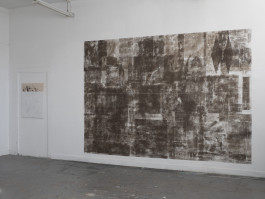 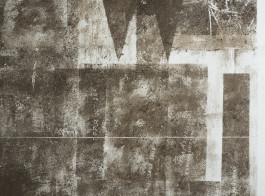 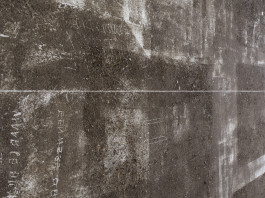 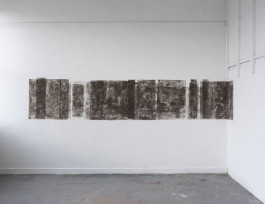 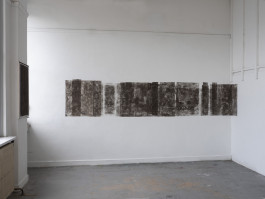 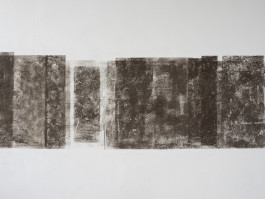 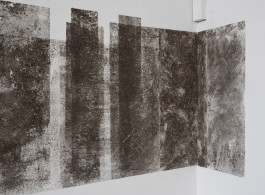 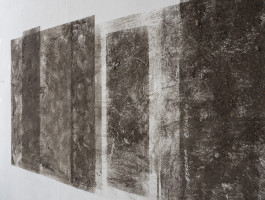