This installation was part of the exhibition Shift & Drift, showing a selection of work by artists who were granted an ‘O&O subsidy’ (O&O standing for Research & Development)  from CBK Rotterdam over the last five years.

Starting from the organiser’s question to present the research they co-funded, my contribution to the show hesitates between exposing personal references and a need to abstract or translate these into something which communicates to the exhibition space’s audiences. I therefore hesitantly included a quite well known image of a victorian drawing class, a choreography which stages a complex process of representation while remaining a certain opaqueness regarding how exactly it was produced. Were the children trained to perform exactly a synchronised drawing-movement or did the teacher prepare the drawing boards so that they only had to hold their arms and pencils in the right position?

I’m interested in this kind of undecidedness that the image produces, which I tried to abstractly re-perform in the space itself. Being a former school building, I painted the windows which used to separate a former inside from a former courtyard using a broad, open brushstroke, which transforms the building into a canvas and thereby blocks certain lines of sight. Another work, a drawing made with pre-used carbon paper, encapsulates the ghost image of another drawing that isn’t there. In a way all the works are screens that are not really made to project something onto, not even ‘research’, but that materialise an in-between which tries to claim a space of its own. 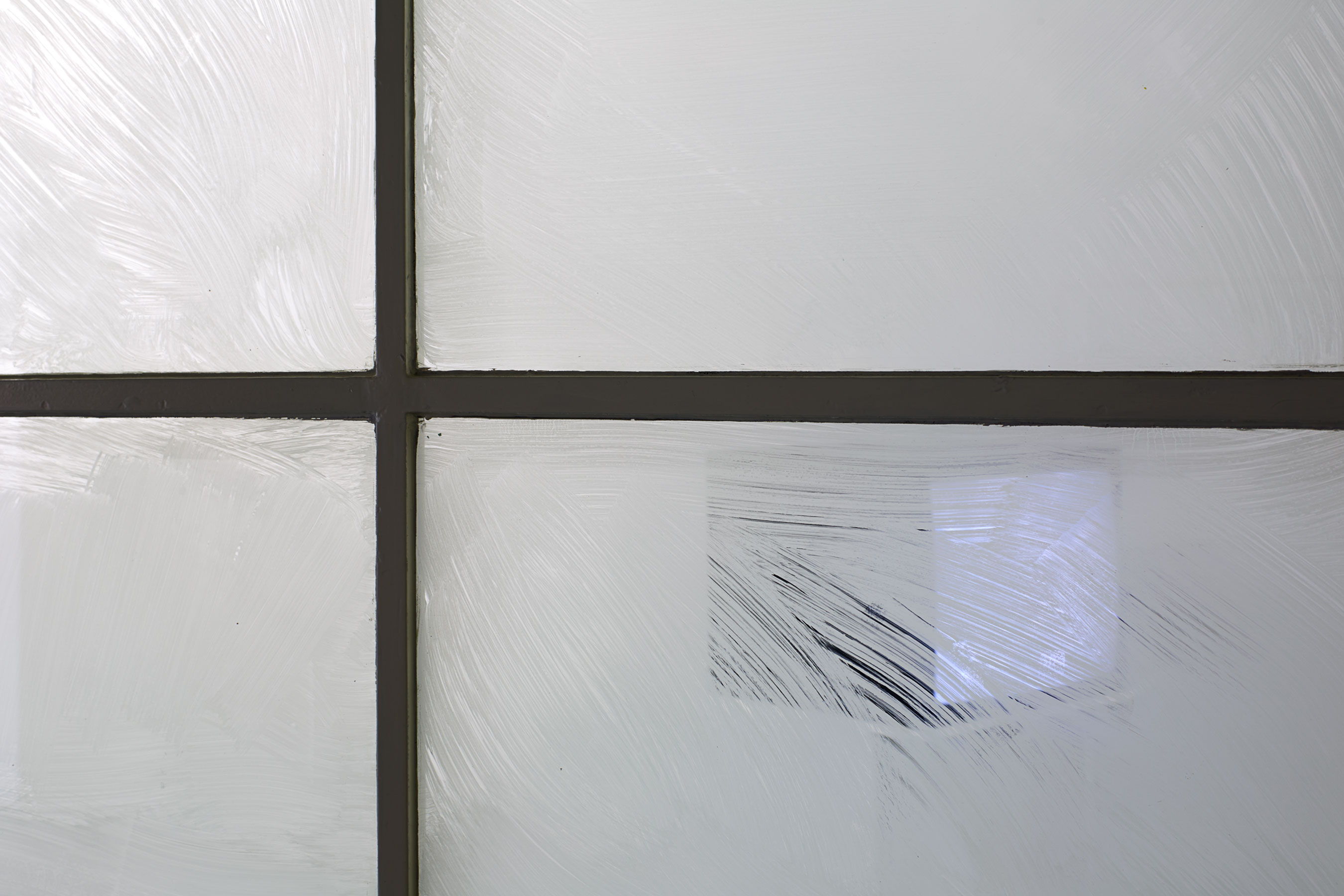 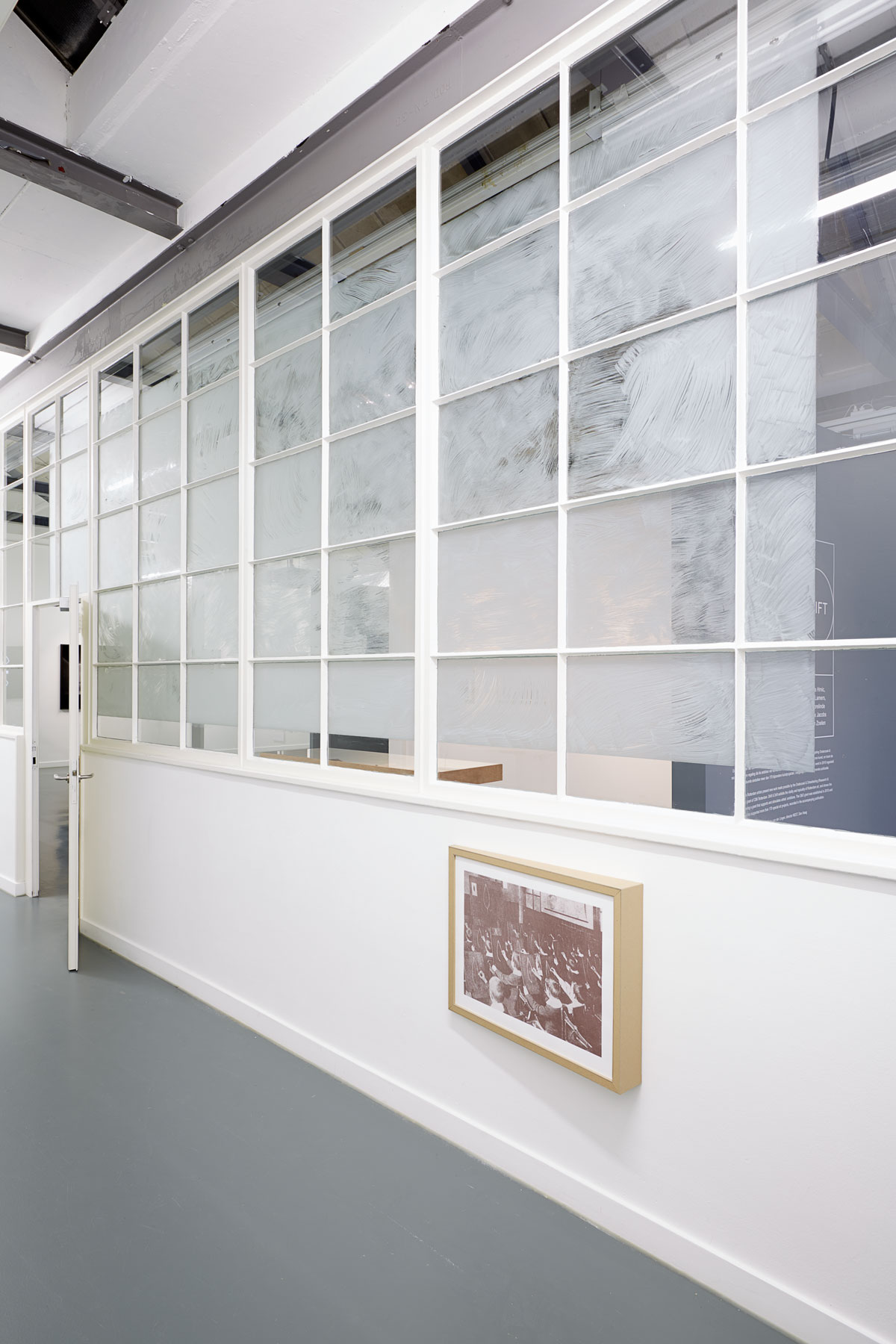 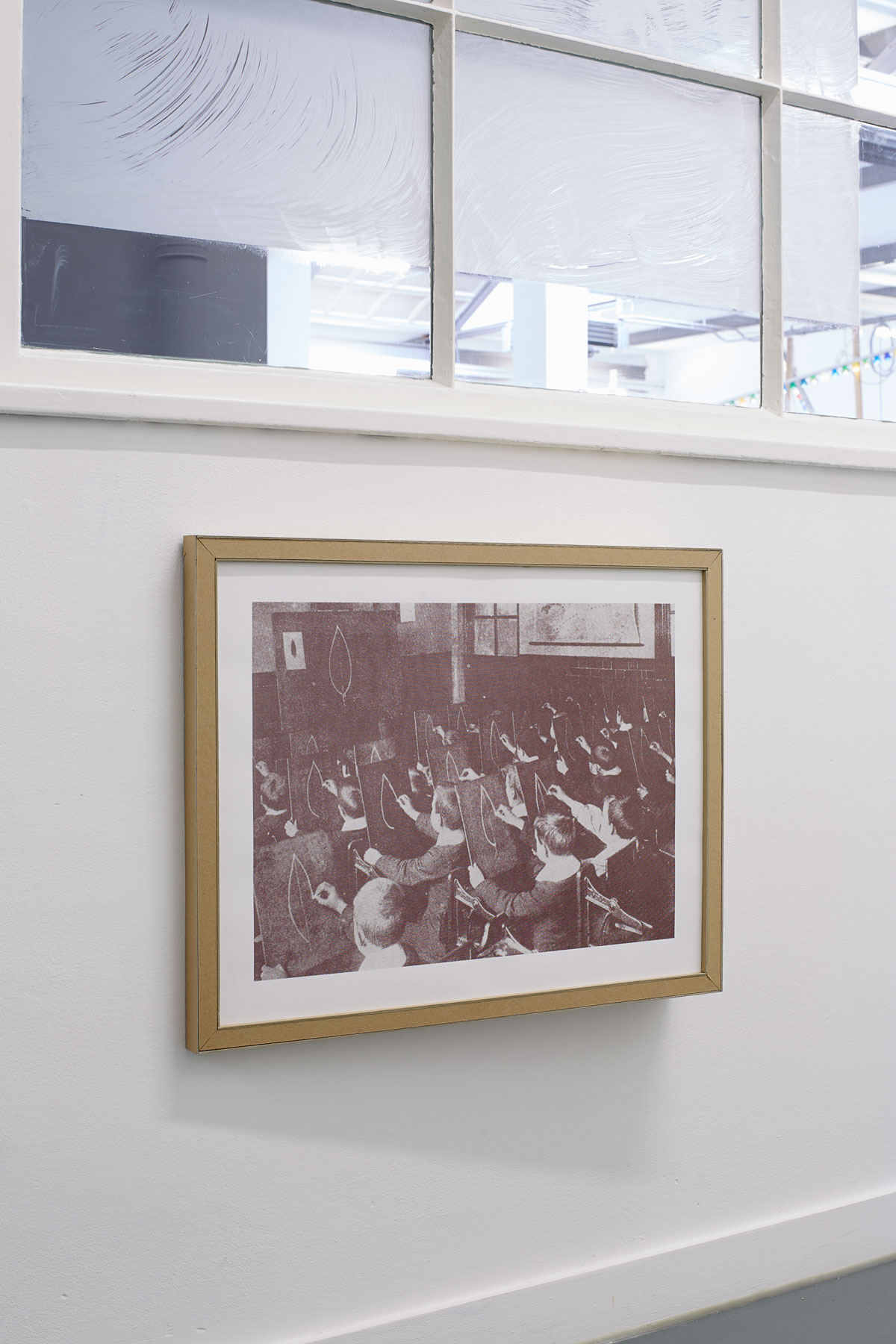 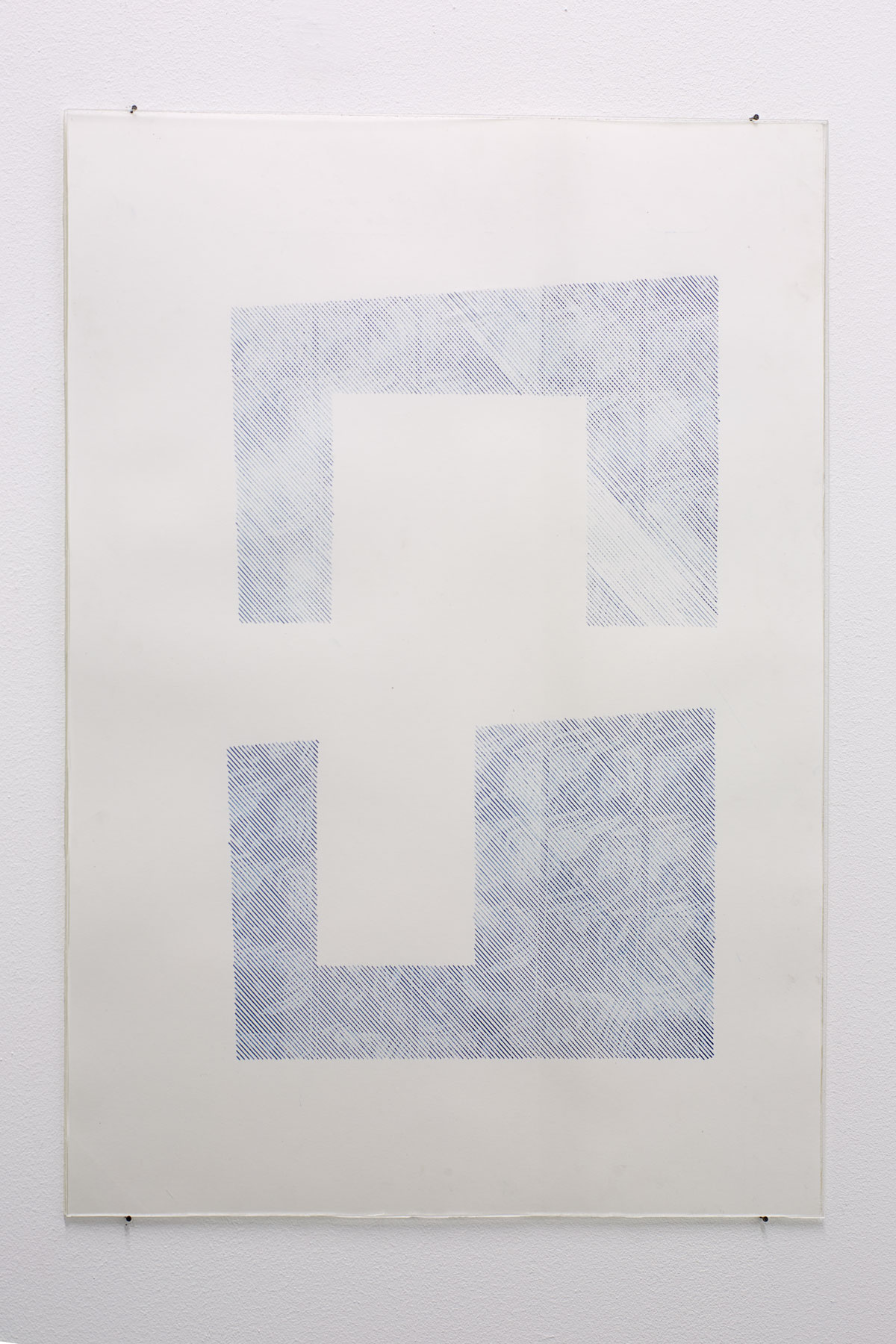 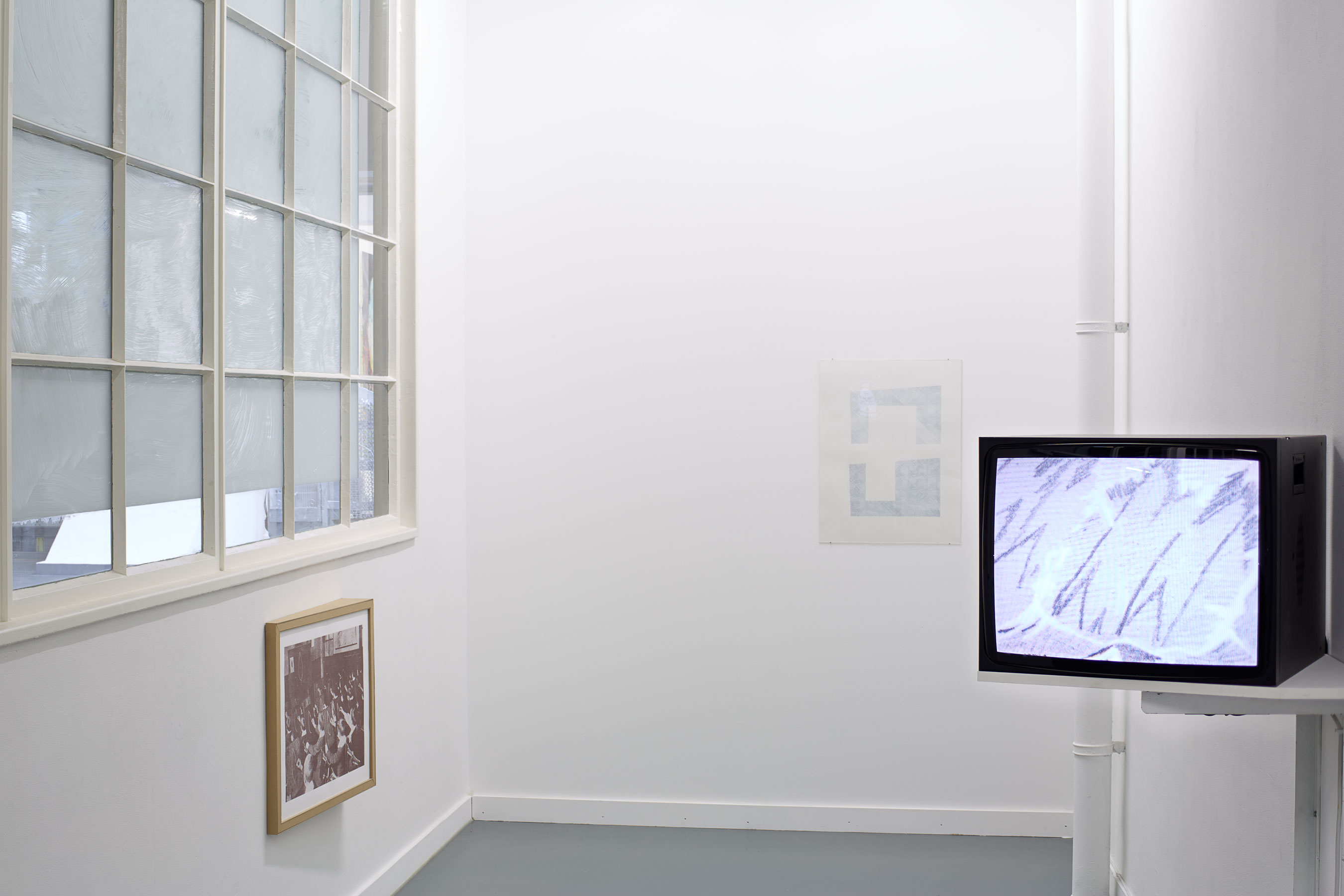