A plant, a bird, a pattern is a series of four large drawings, shown at Ram Foundation in Rotterdam. Three of the drawings are made using felt-tip marker on bubble wrap and are installed directly onto the gallery's street facing windows. Starting from an interest in conceiving the window and image as a screen, the work seeks to situate itself in the non-space between inside and outside. Elements of landscape, figure and decorative patterns are separated to emphasise the display of the image making strategies as such. The drawing on paper was constructed in a somewhat similar manner, separating different ways of making drawings and used as layers in a single pictorial space. It's at least four drawings on top of each other, produced by simple self assigned tasks, such as drawing grids and, to emphasise the interiority of the constructed space, a pot-plant. 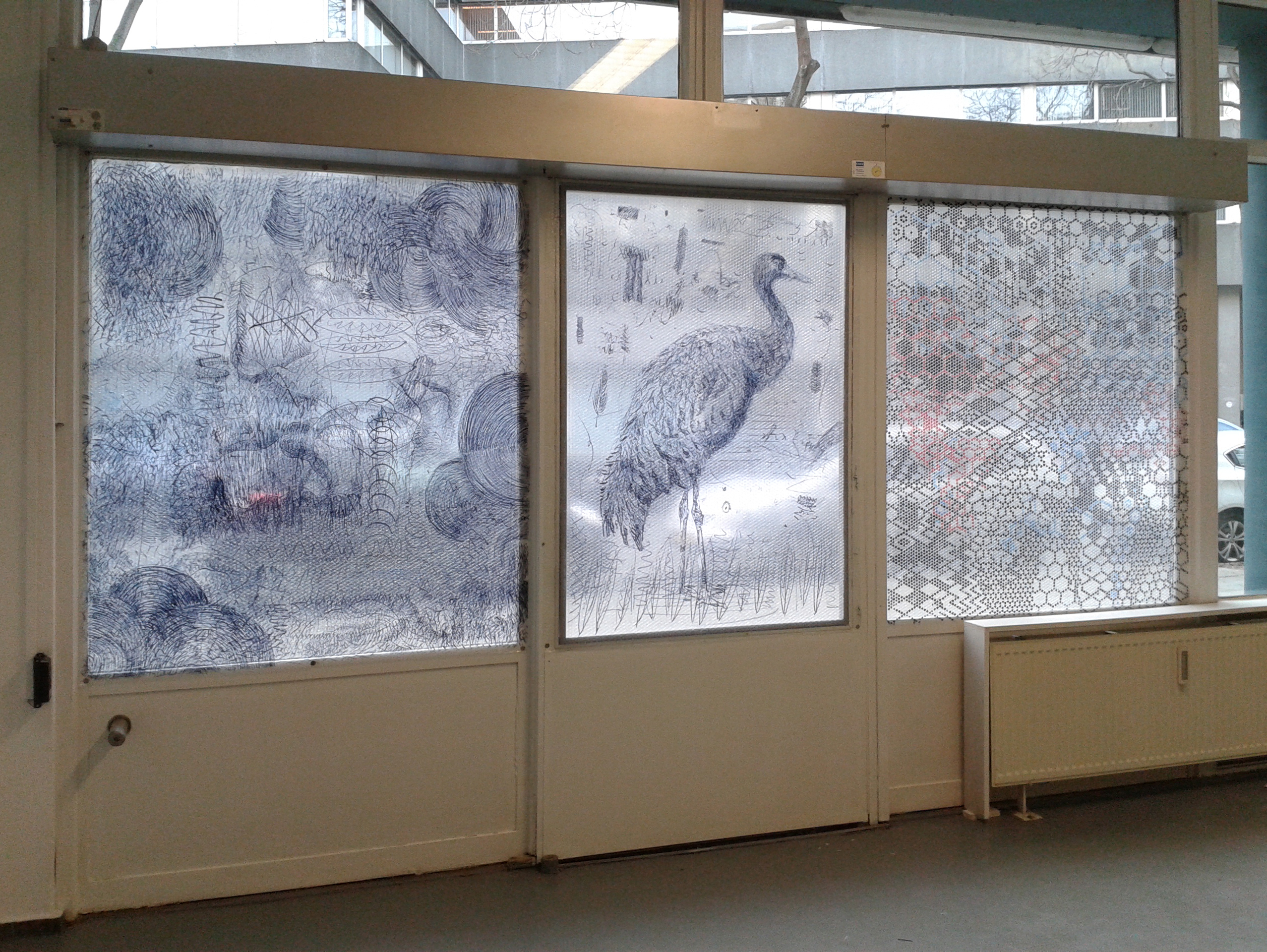 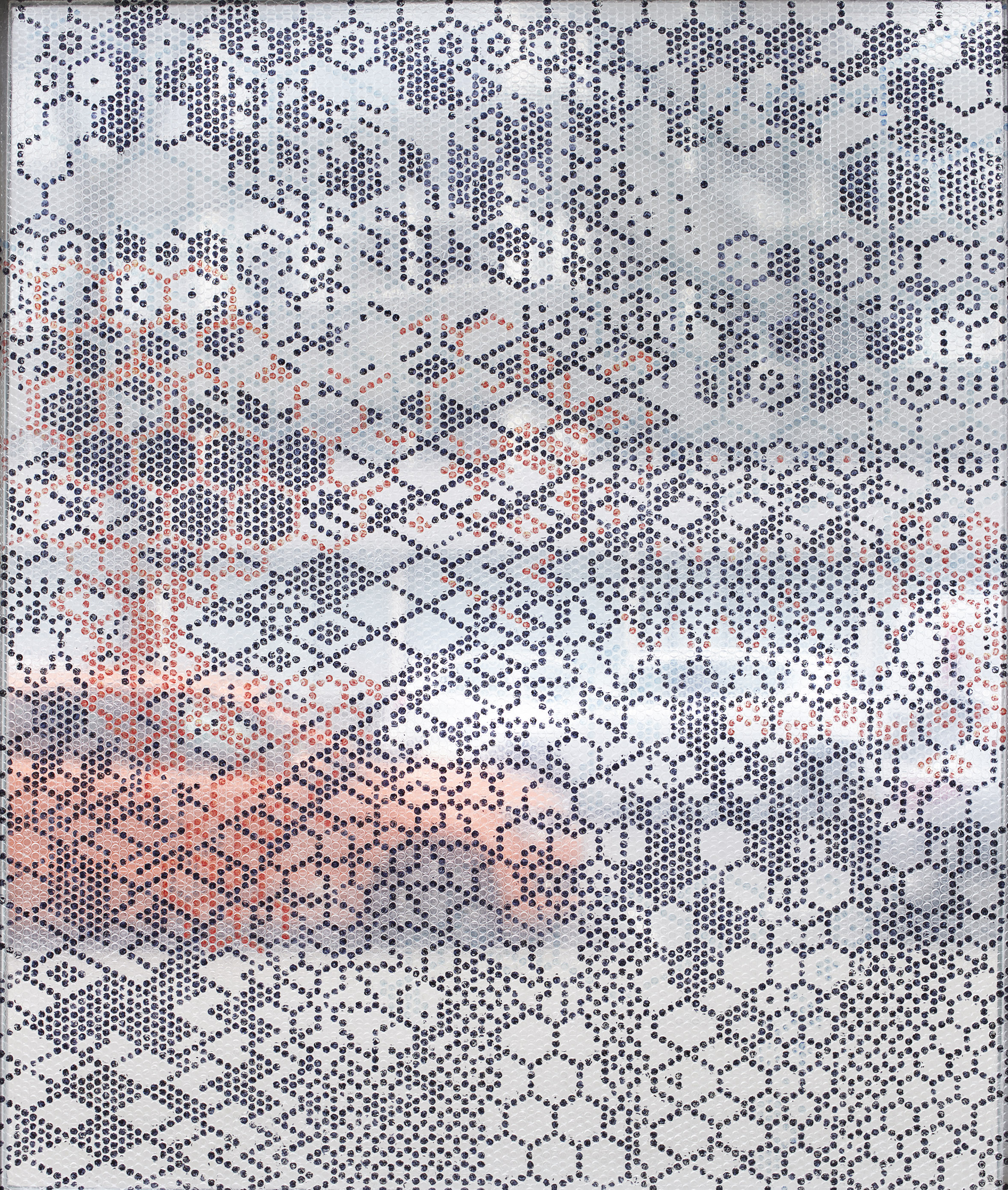 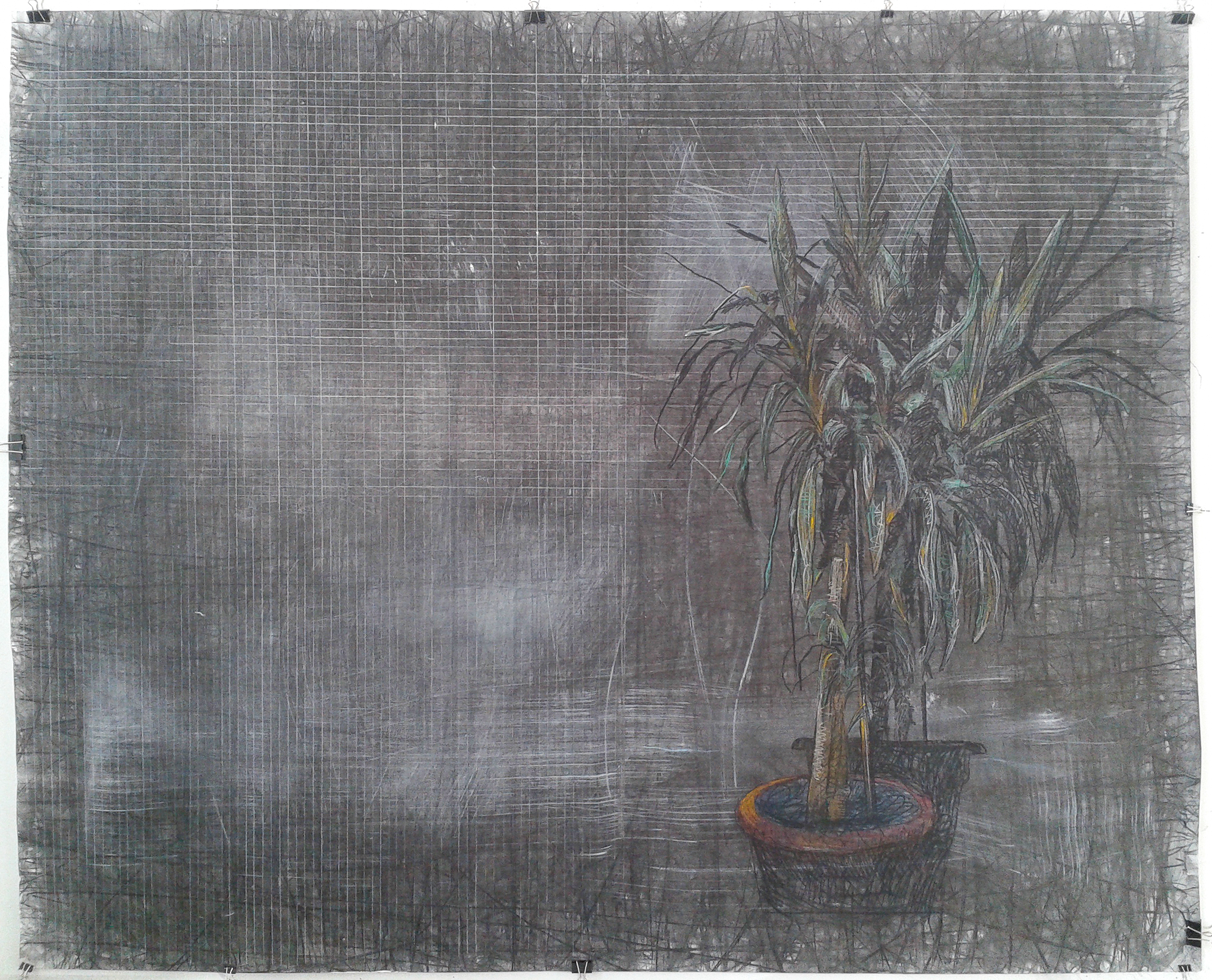 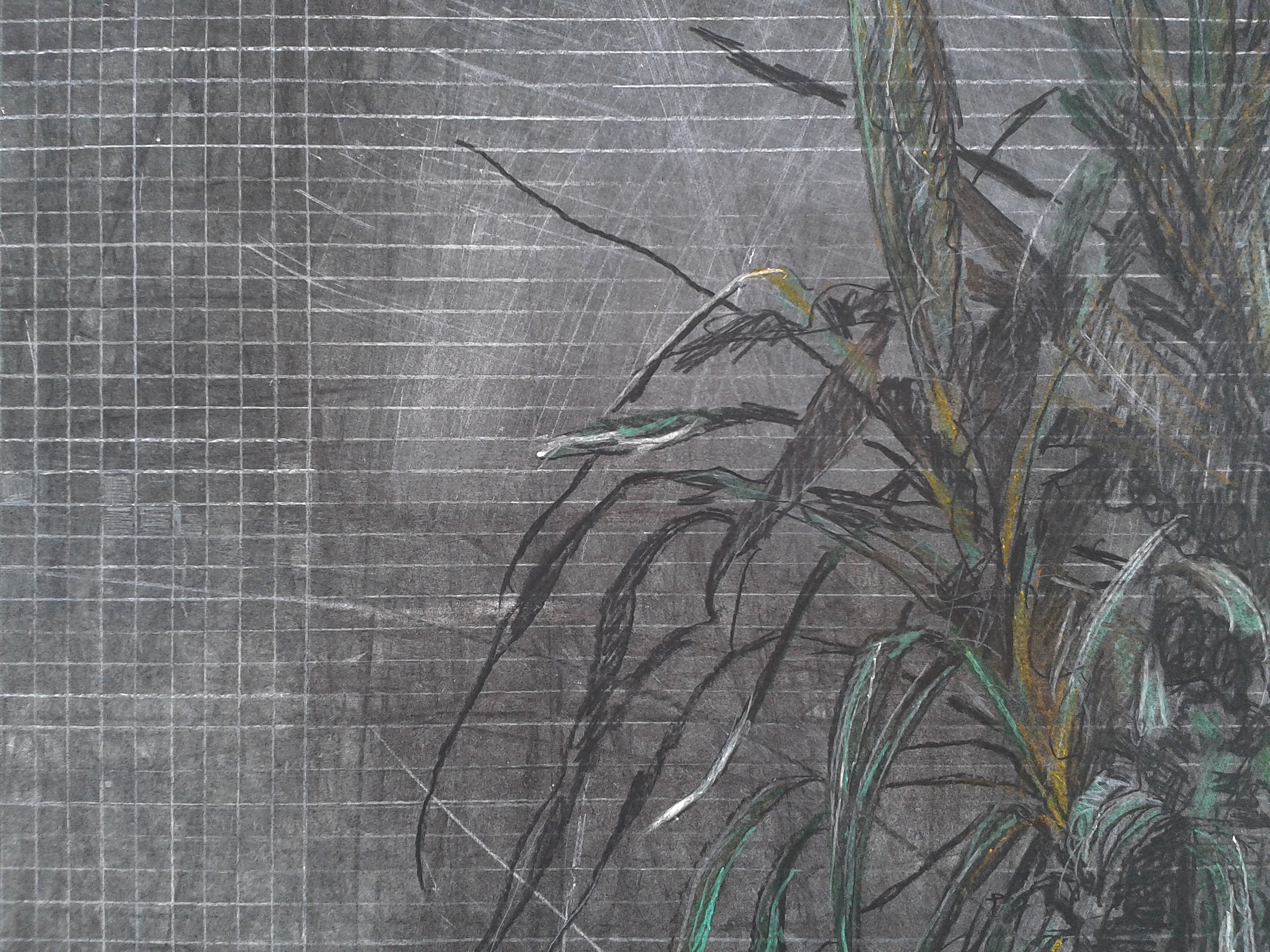