In 2018 I was an artist in residence at Kunstvereniging Diepenheim in Diepenheim (NL). In 2019 I was invited back for a presentation about my working period there. I became interested in the things I remembered without realizing I had remembered them, the memories beyond the anecdotes that I had used so far to explain to others what I had been doing. For a period of a few months I sat down regularly to write as a form of memory work. I edited the result down to 50 fragments, varying in length from a single sentence to half an A4. The texts combined observations I had forgotten about, reflections on bodily presence, infrastructure, and stories of the people I had met.

The texts were printed, each fragment on a single A4 and held together by a paperweight. While writing, I also made a series of nine table cloths, which I used for the table at the Kunstvereniging I was sitting at. The audience sat around the table as well, while I read the texts. 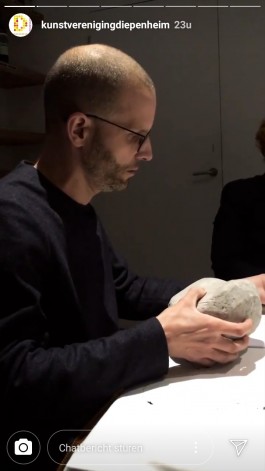 (*) If something takes up space, then something else cannot take up this space 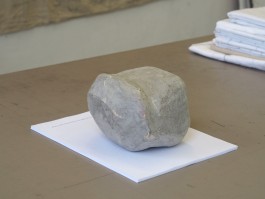 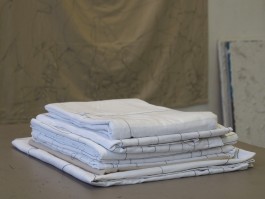 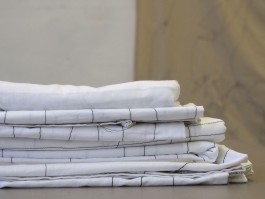 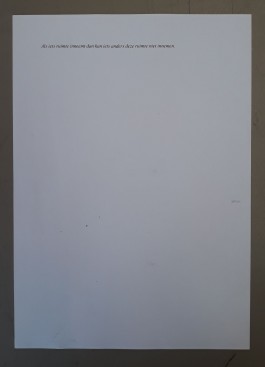 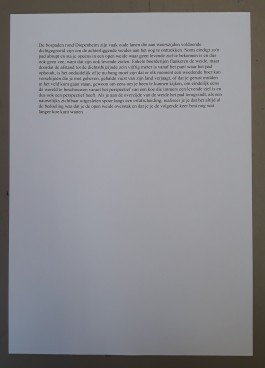 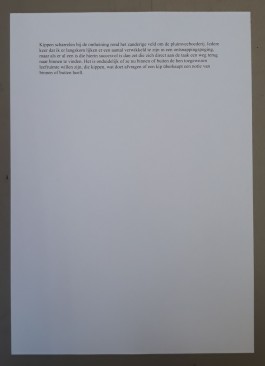